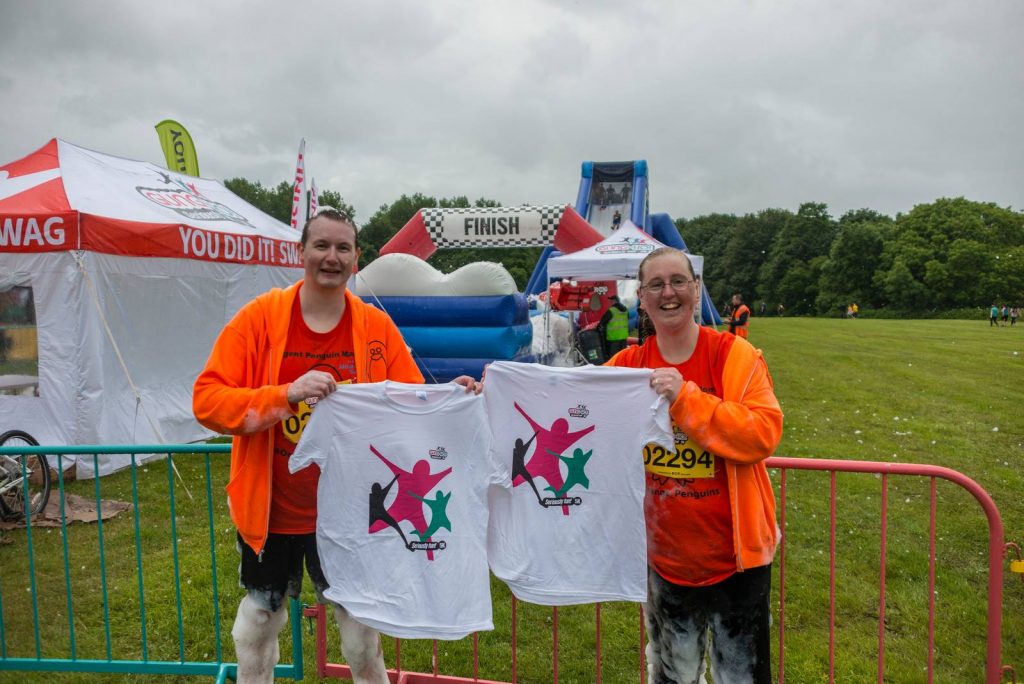 So we said we needed to get fitter, lose a little of that added weight and things we didn’t like that we’ve made in our 30s and I suggested, lets try something fun – this looks like fun and its something to aim for, something to make us train for so Michelle and myself signed up for Gung-ho Newcastle on the 2nd July 2016. This was just after Easter.

Gung Ho is a 5k fun obstacle race and we are doing this as a goal towards getting fit, loosing weight, and raising funds for Dementia Awareness, and hopefully having fun along the way!!

And now it is July…

It had been just over a week since Michelle and I attempted and completed the Gung-ho challenge. We did a little running but not a lot and one main reason was because it was so wet. It was heavy drenching rain and surprised there was no thunder with how dark it got at times.

We THANK YOU all for your support, at the time of writing this post YOU helped us raise over £850 for Alzheimer’s society plus a load from Gift Aid too. We thought an aim of £500 over 3 months was a bit of a high target but you all helped us SMASH it and raise over 50% more than our initial target. I am sure the money will go on to help so many people.

Running became impossible as the ground slipped between us and we saw more than one person go over and slipped over ourselves a few times injuring ankles, falling down – it was crazy but thankfully with the ground so wet, the landing wasn’t painful just very muddy. There was one occasion where I climbed up the inflatable, jumped over onto the sliding area which was an inflatable water slide now and kept skidding a few metres after the slide ended. We laughed so hard it was difficult to get up again. It was so wet that before finishing the course all the mud was washed off me.

View our journey and pictures from the event